# Pong working on the web

This took a little while to figure out. I ended up using wasm-pack to create the wasm as I was having trouble with getting wasm-bindgen to work. I figured it out eventually but decided to keep using wasm-pack as I felt that the workflow would be more friendly to readers.

I would have released this sooner, but I wanted to add support for touch so that people on their phones could play the game. It appears that winit doesn't record touch events for WASM, so I shelved that idea.

If you want to check out the demo, just head over to the write up

SwapchainFrame is no longer a thing. Instead get_current_texture will return a SurfaceTexture directly. This means that getting a frame to draw to looks somethings like this:

Another change is that you must call SurfaceTexture::present() after you submit your render command buffers to the queue. It goes something like this:

There are a good deal of internal changes such as WebGL support (which I really need to cover). You can check out more on wgpu's changelog (opens new window).

It wasn't actually that hard of a fix. I only really use the swapchain directly in the render module, and the only other change required me to include the spirv feature to wgpu in Cargo.toml.

SwapChain and all related code has been removed from wgpu. All code pertaining to obtaining textures to draw to from the window will be available from the Surface instead. That means configuring SurfaceTextures will look something like this:

Resizing the surface will use similar code:

Finally, getting a SurfaceTexture to draw to will use the surface directly.

The Pong and imgui examples are broken again. I may remove the imgui example as the corresponding crate already has examples of how to use it. I'm also considering reworking the Pong example, but I may end up just updating it.

# Pong and imgui demos are fixed!

The imgui_wgpu and wgpu_glyph crates have been updated to wgpu 0.8 so I was able to fix the demos! They both still use GLSL, and I don't think I'll be changing that for now. I may switch them over to naga at some point.

# The GLSL shaders have been translated to WGSL

Originally I wanted to wait until the WGSL spec fully stabilized, but due to some issues with the GLSL code, I've decided to switch over the code now. While GLSL is supported by WebGPU, it's currently secondary to WGSL. I'll keep an example of how to use GLSL (and maybe add HLSL and Metal as well), but I'm going to use WGSL from now on.

I've been thinking about doing this for a while now. Because shaderc is a c library, it often has to be redownloaded during builds. This has been slowing down my ability to add new content and maintain old content. I had been considering switching to naga earlier, but some of my shaders (notably the lighting ones) weren't compiling with naga as I was using features not available for compatibility reasons (inverse is not available in all languages targeting spirv).

Since I needed to make a bunch of changes to the code base to make the glsl, and because I wanted to switch the tutorial to WGSL anyways, I decided to bite the bullet and recode everything in WGSL and remove shaderc from the tutorials.

# Some of the showcase examples are broken

The wgpu_glyph, and imgui-wgpu crates currently depend on wgpu 0.7, which is causing the pong and imgui-demo to not compile. I decided to exclude them from the workspace until the underlying crates update to using wgpu 0.8. (Feel free to submit a issue or even PR when that happens!)

There were a lot of changes, particularly to the RenderPipelineDescriptor. Most other things have not changed. You can check out the 0.9 PR (opens new window) for the full details.

School is starting to ramp up, so I haven't had as much time to work on the site as I would like to. Because of that, there were some issues piling up. I decided to tackle a bunch of them in one go. Here's a snapshot of what I did:

Now in the headline, I mentioned a "Content Freeze". Wgpu is still a moving target. The migration from 0.4 to 0.5 was a lot of work. The same goes for 0.5 to 0.6. I expect the next migration to be just as much work. As such, I won't be adding much content until the API becomes a bit more stable. That being said, I still plan on resolving any issues with the content.

One more thing. This is actually quite awkward for me (especially since I'll be slowing down development), but I've started a patreon (opens new window). My job doesn't give me a ton of hours, so things are a bit tight. You are by no means obligated to donate, but I would appreciate it.

This took me way too long. The changes weren't difficult, but I had to do a lot of copy pasting. The main changes are using queue.write_buffer() and queue.write_texture() everywhere. I won't get into the nitty gritty, but you can check out the pull request (opens new window) if you're interested.

My perfectionism got in my way a bit with this one. I wasn't sure that what I was getting was "physically accurate", but it seems to look good. 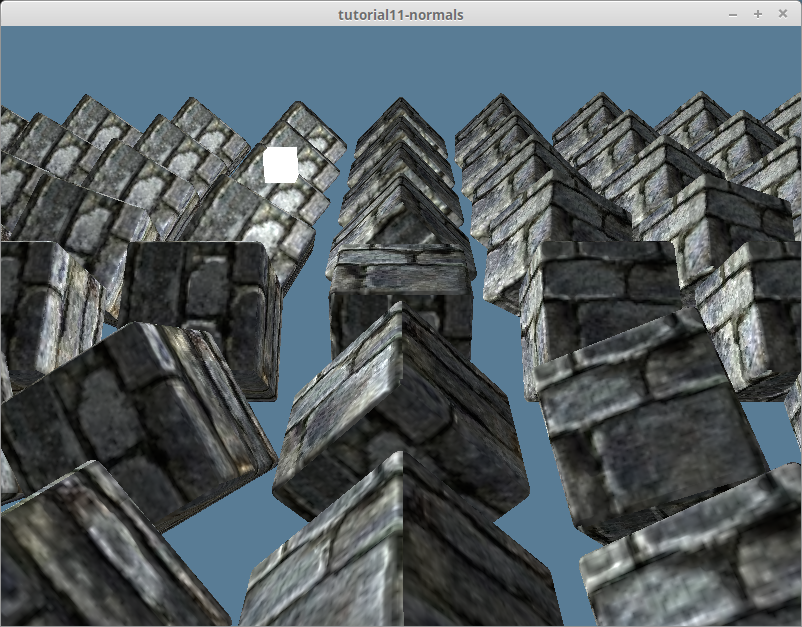 Too many things changed to make note of them here. Check out the 0.5 pull request (opens new window) if you're curious about specifics. That being said, 2 things are worth mentioning directly: the y-axis now points up like with DirectX and Metal, and requesting an adapter and creating a device now use Futures. The tutorials have been updated as well as the code.

The lighting tutorial was not up to par, so I redid it.

Up to this point, we created textures manually every time. I've pulled out the texture creation code into a new texture.rs file and included it in every tutorial from the textures tutorial onward.

# Fixed panics due to not specifying the correct usage

Wgpu has become more strict about what BufferUsagess and TextureUsagess are required when performing certain operations. For example in the Wgpu without a window example, the texture_desc only specified the usage to by COPY_SRC. This caused a crash when the texture was used as a render target. Adding OUTPUT_ATTACHMENT fixed the issue.

There were a lot of small changes to how the dpi stuff works. You can see all the changes in the changelog (opens new window). That means that some of the tutorials had to change.

I may have missed a change, but I made sure that all the examples compile and run, so if you have trouble with your code you can use them as a reference.

# Changed tutorial examples to use a src directory

There are a few things that have changed:

I don't know if this is a change from 0.4, but you use wgpu = "0.4" line in dependencies instead of the [dependencies.wgpu] as wgpu will determine the best back end for you.